A rise in Q1, will the industrial robot order in China usher in a high record after the pandemic?

The increase in the total output of industrial robots not only reflects the growth momentum of the industry but also shows that China's manufacturing industry is shifting towards a better side. The recovering of manufacturing capacity means that the demand for intelligence is growing.

This special crisis has also exposed the dilemma of employment and production efficiency that the manufacturing industry has been facing for a long time. In addition, with the rapid promotion of the transformation and upgrading of the manufacturing industry and the accelerated application of the new generation of information technology in recent years, it has become the general trend for enterprises to transform into intelligence and digitalization.

The introduction of industrial robots and other automation, intelligent equipment has become the choice of many enterprises. Compared with traditional human labor, industrial robots and automation equipment have the technical characteristics of fine manufacturing, fine processing, and flexible production. It can be used for manufacturing, installation, testing, logistics, and other production links. With a wide range of application fields, it can not only replace the high labor costs but also improve the quality and efficiency to ensure the quality and quantity of products. Additionally, industrial robots and automation equipment can promote the industrial structure adjust intelligence, thus, improve the competitiveness of enterprises.

In addition to the growth brought about by the recovery of the manufacturing industry, with the release of the Chinese government's new infrastructure plan, the policy support of 5G and new energy vehicles has also brought new impetus to the industrial robot market.

Charging piles have become the key planning of new infrastructure, and the subsidy policy for new energy vehicles has been extended. The favorable policy will inject new momentum into the new energy vehicle industry which was impacted by the pandemic. Making good connections to the complete production line of unpacking, welding, handling, testing, assembly, and equipment, it can be predicted that major new energy enterprises will expand the application of automation equipment represented by industrial robots, so as to get rid of the limitation of the industrial production process and manual operation on enterprise capacity.

3C product manufacturing is another core field of industrial robot application. With the gradual upgrade and replacement of 5G network and 5G mobile phones, the demand for industrial robots in the 3C product industry is expected to grow rapidly in 2020.

Although the industrial robot market is gradually recovering, it is difficult to achieve the popularity of robots overnight. The growth speed of the market may still be stable, and a large-scale outbreak may be difficult to achieve. Industrial robots are widely used now, but the most important application market is still in the auto manufacturing industry with a mature automation level, and the market demand is basically saturated. For new growth points, it is the trend of future industry development to develop new users for vertical applications from emerging industries.

To attract more new users, industrial robots will need to become smarter, safer, and more specialized. The emerging segment as a new track in the industry, there are many different and distinctive enterprises involved in, to build the lasting vitality of Chinese robots with their own strength.

Take Peitian Robotics as an example. Peitian Robotics develop the world’s first pharmaceutical industrial automatic feeding system for powder injection drug. The system integrates intelligent storage, logistics, automation, and digitization. In the production of powder injection products, it can realize the unmanned production by automatic sterilization, transportation, storage, sequential discharge, automatic weighing and feeding, and automatically generate the report. And also, the unmanned production process can not only reduce labor but also greatly improve the safety of pharmaceutical production.

In addition to the continuous expansion of the application scope, the combination of artificial intelligence and robotics technology has also become a new attempt in the industry. The combination of the two will allow industrial robots not only to follow programmed instructions but also to be able to learn by themselves and work with people together to accomplish more creative tasks. For example, surface quality detection technology based on machine vision helps improve product quality. We can see that more and more industrial robot companies are increasing their efforts to increase their R & D investment and continue to make customized solutions for new users in new industries. 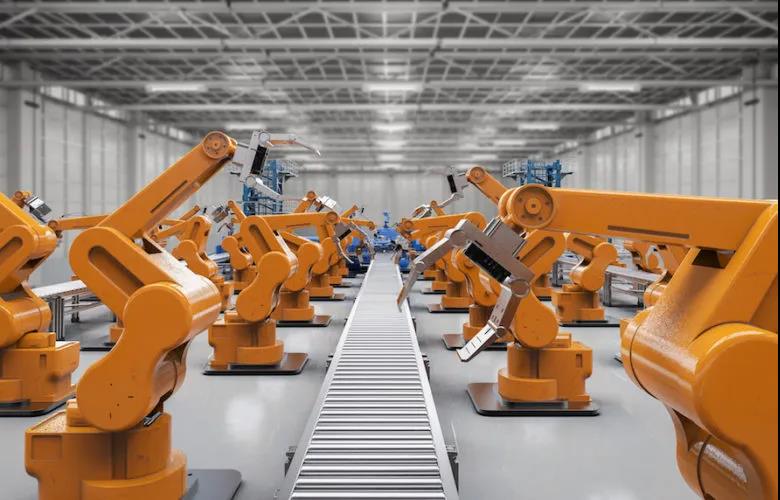 The world is constantly changing. Looking back in 2019, the market has gradually recovered after a cold winter. Now in 2020, it is a critical time for industrial robots to raise. The market situation changes abruptly, and the industrial robot industry will intensify the cruel reshuffle of survival of the fittest. Let’s look forward to a new transformation of industrial robots after the pandemic.